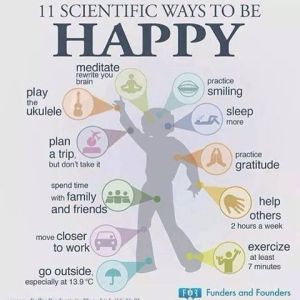 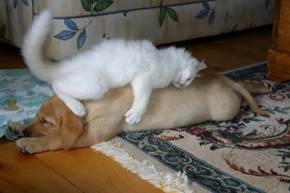 Ok there are a few more but this should get your weekend started!

This Soul-Filled Clip Will Get to You:

Btw I am part of a culture affectionately known as the Jews of India so this is as much self-reflective as other-directed in the real spirit of equity, diversity and inclusion…

Not a single swear word in their comic routines…

A car hit an elderly Jewish man.  The Paramedic asked, “Are you comfortable?”
The man replied, “I make a good living.”

I just got back from a pleasure trip.  I took my mother-in-law to the airport.

I’ve been in love with the same woman for 49 years.  If my wife finds out, she’ll kill me!

Someone stole all my credit cards, but I won’t be reporting it.  The thief spends less than my wife did.

We always hold hands. If I let go, she shops.

My wife and I went to a hotel where we got a waterbed.  My wife calls it the Dead Sea.

My wife and I revisited the hotel where we spent our wedding night.
This time I was the one who stayed in the bathroom and cried.

My Wife was at the beauty shop for two hours.  That was only for the estimate.
She got a mudpack and looked great for two days.  Then the mud fell off.

The Doctor called Mrs. Cohen saying, “Mrs. Cohen, your cheque came back.”  Mrs. Cohen replied, “So did my Arthritis!”

* A Doctor held a stethoscope up to a man’s chest. The man asks,
“Doc, how do I stand?” The Doctor says, “That’s what puzzles me!”

*A drunk was in front of a Judge.  The Judge says, “You’ve been brought here for drinking.”
The drunk says, “Okay, let’s get started.”

*Why do Jewish Divorces cost so much?
They’re worth it.

*Why do Jewish men die before their wives?
They want to.

*The Harvard School of Medicine did a study of why Jewish women like Chinese food so much.
The study revealed that the reason for this is because Won Ton spelled backward is Not Now.

*There is a big controversy on the Jewish view of when life begins.
In Jewish tradition, the fetus is not considered viable until it graduates from Law School.

*Q:  Why don’t Jewish mothers drink?
A:  Alcohol interferes with their suffering.

*Q:  Have you seen the newest Jewish-American-Princess horror movie?
A:  It’s called, “Debbie Does Dishes.”

*Q:  Why do Jewish mothers make great Parole Officers?
A:  They never let anyone finish a sentence.

*A Jewish man said that when he was growing up, they always had two choices for dinner – Take it or leave it.

*A Jewish boy comes home from school and tells his mother he has a part in the play.
She asks, “What part is it?” The boy says, “I play the part of the Jewish husband.”
The mother scowls and says, “Go back and tell the teacher you want a speaking part.”

*Q:  Where does a Jewish husband hide money from his wife?
A:  Under the vacuum cleaner.

* Short summary of every Jewish holiday:  They tried to kill us, we won, let’s eat.

*A Jewish mother gives her son a blue shirt and a brown shirt for his birthday.  On the next visit, he wears the brown one.  The mother says, “What’s the matter already?  Didn’t you like the blue one?”

*Did you hear about the bum who walked up to a Jewish mother on the street and said, “Lady I haven’t eaten in three days.”
“Force yourself,” she replied.

*Q:  What’s the difference between a Rottweiler and a Jewish mother?
A:  Eventually, the Rottweiler lets go.

Where Ever You Find Yourself:

A lot has happened since Cecil, a beloved lion in Hwange National Park, was killed in a senseless act of trophy hunting. His unfortunate death has shone a light on the devastation caused by trophy hunting, the wildlife trade, and acts of cruelty to these majestic creatures. Thankfully, Delta Airlines announced it will no longer transport big-game trophies on flights, and we are calling on other airlines to adopt similar policies. If you haven’t yet had the opportunity, please join us in urging U.S. Fish and Wildlife Services to include African lions under the Endangered Species Act. Thank you for taking action to honor Cecil’s legacy and protect all animals.

Cecil the lion, pictured above, was widely photographed and somewhat habituated to a non-threatening human presence in Hwange National Park. Photo by Brent Stapelkamp

Breaking News: Since the posting of this blog, Delta has announced a ban on the transport of trophies from lions, elephants, rhinos, leopards, and buffalo — the Africa Big 5. This is just as we’d hoped. We urge all other airlines to follow their lead.

Dr. Walter Palmer’s behavior in killing and mutilating Cecil the lion is disgraceful. But he’s not a one-off character. He’s a very enthusiastic participant in the larger enterprise of globe-trotting international trophy hunting, where rich trophy hunters seek out and kill some of the largest animals in the world to fill their dens or private museums, get their names in the record books of Safari Club International, and brag to their buddies that they’ve killed the biggest and the grandest of creatures on earth.

Now, sure as shooting, a second low-life character has come to light — Jan C. Seski, a gynecologist from Pittsburgh — for a possible illegal lion killing under similar circumstances in April. In addition to the lion he killed, Dr. Seski also shot his sixth elephant on that trip. (He apparently threatened to shoot his neighbor’s dogs too — as if any of us needed more evidence that this guy, too, is heartless thug.)

Seriously, what is wrong with these people? Why are they obsessed with killing the world’s biggest, most magnificent animals, and denying the rest of us the pleasure of sharing the earth with these creatures? What is it about the serial killing of animals that titillates them so much?

It’s been reported that after Cecil’s death, Palmer requested help in finding an elephant with tusks above a certain weight. He only left the country after he was informed by his guide they could not help him with that.

The trophy hunters like to excuse their passion for killing by saying that their spending promotes conservation. That’s nonsense, and more of a self-serving diversion.

A 2013 economic report demonstrated what anybody with their wits about them knows: These animals are worth more alive than dead. Kenya, which banned trophy hunting in the 1970s, has an eco-tourism economy that brings in far more than trophy hunting brings in to South Africa as a whole.

The fact is, trophy hunting of lions, elephants, and rhinos is a net revenue loser for African economies. Trophy hunters may throw around some money, but they rob parks, reserves, and other natural areas of the wonderful animals that are the real draw — the animals that attract countless people willing to spend money to see them and to be close to them. In that respect, trophy hunters are like bank robbers who leave a little cash behind.

South African Airways suspended the transport of big game trophies from Africa several months ago, including the heads of lions killed on canned hunting operations in the country. But recently, under pressure from Safari Club International and other groups aligned with the trophy hunting industry, they resumed transports. Emirates Airlines, on the other hand, has remained steadfast in not accepting hunting trophies of lions, elephants, and rhinos.

Let’s let all the major airlines know it’s time to cut off the shipments for good of African lions, elephants, rhinos, leopards, and Cape buffalo — the so-called Africa Big Five. This “hunting achievement” award leads to disgraceful behavior, and the airlines should not provide a getaway vehicle for trophy hunters’ larceny.

Using wealth to kill the magnificent animals of the world is a misuse of the gifts these people have been given. If trophy hunters are serious about conservation they should do some real good with their wealth — and stop spreading destruction, pain, and death.

If you are local:

Please share this with your network and join members of the SDNA as we grow together to create an equitable, diverse and inclusive society and world through social credit empowerment right here in San Diego!

Join The San Diego Nonprofit Association and other local leaders for a special “In the Know” event featuring
Naila Chowdhury, global leader  in self-sustaining programs for the economically disadvantaged.

As we model cross sector collaboration, use best principles and practices to inform our work, & seek new models from across the globe to advance our thinking and impact, here is a unique opportunity to connect first-hand with and learn from Naila Chowdhury, a global leader specializing in creating self-sustaining programs that empower economically disadvantaged people.

Naila was the first woman director of GrameenPhone Ltd in 1999, and held the Acting CEO position from time to time. She was part of its growth into the largest mobile operator in Bangladesh. The GrameenPhone’s Village Project supported the grassroots women of remote villages as they extended telecom to the rural population. This project earned Professor Muhammad and the Grameen Bank, the Nobel Peace prize in 2006, and allowed her to work closely with Professor Yunus for 17 years. Naila has been involved in global networking, developing effective teams and providing sustainable technology driven entrepreneurial platforms for young people globally, and empowering individuals by creating opportunities to self-organize and succeed with minimal resources and options.

Naila’s international work spans Bangladesh, Africa, and the Americas with organizations including but not limited to UNICEF and the Bill and Melinda Gates Foundation among many others, with more than 1.2 million members globally. Locally, she is also Co-Chair of Alliance4Empowerment in San Diego, which gives Nano-credit to immigrants, and works on several projects to eradicate poverty in San Diego through Social Credit Empowerment. Her focus is to take people from an extremely low income into a sustainable income bracket and thus empower them economically.

Please share this with your network and join members of the SDNA as we grow together to create an equitable, diverse and inclusive society and world through social credit empowerment right here in San Diego!

Naila’s depth of experience and passion for social economic empowerment will provide deep insights and new ideas for increasing your reach and impact.

This event is hosted by The San Diego Foundation.

RSVP is REQUIRED – While free, there is limited seating for this exclusive event

This event is made possible by the active members of SDNA: The San Diego Nonprofit Association (formerly SANDAN) who welcome your participation!

To become a member  of SDNA: The San Diego Nonprofit Association (formerly SANDAN) and ensure that you are included in our region’s  “Chamber of Purpose”, you are invited to join us at:

With a direct link to RSVP: https://www.eventbrite.com/e/in-the-know-naila-chowdhury-global-sustainable-economic-development-tickets-17948207572

Turn that Frown Upside Down:

Mission Fed’s popular Refer a Friend program is back, now through September 30—and it’s adorable (you’ll see!). Referring a friend or family member means $40 for each of you when they open a Checking Account and follow a few simple steps. https://www.missionfed.com/refer-a-friend

The Real Meaning Of:

“The U.S. Constitution doesn’t guarantee happiness, only the pursuit of it. You have to catch up to it yourself.”– Benjamin Franklin