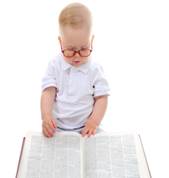 Rookie Smarts, Street Smarts, Science Facts Learning Self Control and What’s More Important Than Being Smart but not in that order…

First, Will the real dummy please stand up:

He received a $26 million severance package.

2.  WITH A LITTLE HELP FROM OUR FRIENDS:

Police in Oakland, CA, spent two hours attempting to subdue a gunman who had barricaded himself inside his home.

After firing ten tear gas canisters into the house, officers discovered that the man was standing beside them in the police line, shouting, ‘Please come out and give yourself up!’

An Illinois man, pretending to have a gun, kidnapped a motorist and forced him to drive to two different automated teller machines,  wherein the kidnapper proceeded to withdraw money from his own bank accounts. What???

A  man walked into a Topeka, Kansas Kwik Stop and asked for all the money in the cash drawer.

Apparently, the take was too small, so he tied up the store clerk and worked the counter himself for three hours until police showed up and grabbed him.

Police in Los Angeles had good luck with a robbery suspect who just couldn’t control himself during a lineup.

When detectives asked each man in the lineup to repeat the words: ‘Give me all your money or I’ll shoot’,  the man shouted, ‘That’s not what I said!’

A  man spoke frantically into the phone: ‘My wife is pregnant and her contractions are only two minutes apart’. ‘Is this her first child?’,  the doctor asked. ‘No! Jackass!’ the man shouted, ‘This is her husband!’

In Modesto, CA, Steven Richard King was arrested for trying to hold up a Bank of America branch without a weapon.

King used a thumb and a finger to simulate a gun.

Unfortunately, he failed to keep his hand in his pocket. (hellooooooo)!

Last  summer, down on Lake Isabella, located in the high desert, an hour  east of Bakersfield, CA, some folks, new to boating, were having a problem.

No matter how hard they tried, they couldn’t get their brand new 22 foot boat, going.

It was very sluggish in almost every maneuver, no matter how much power they applied.

After about an hour of trying to make it go, they putted into a nearby marina, thinking someone there may be able to tell them what was wrong.

A thorough topside check revealed everything in perfect working condition.

The engine ran fine, the out-drive went up and down, and the propeller was the correct size and pitch.

So, one of the marina guys jumped in the water to check underneath.

He came up choking on water, he was laughing so hard.

Under the boat, still strapped securely in place, was the trailer!

*Now remember, these are all true stories!*

Test Your Science: Only 7% of the adult population gets all 13 questions correct.

Take this short quiz and see how much science adults  in the US know- provided by the Pew Research Center and Smithsonian magazine.

Rookie Smarts: Why Learning Beats Knowing in the New Game of Work

For you lifelong learners out there…

What’s More Important Than Being Smart? 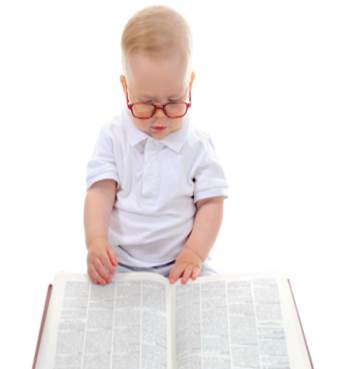 One now or two later?

Rookie Smarts: Why Learning Beats Knowing in the New Game of Work

For you lifelong learners out there…

The Marshmallow Test: Can Self Control be Learned?

One now or two later?

http://www.cbc.ca/radio/thecurrent/the-current-for-july-8-2015-1.3142634/marshmallow-test-proves-self-control-can-be-learned-1.3142668
This 9-year-old Filipino boy got a scholarship after this photo went viral!

How a simple photo can make a HUGE difference…
http://mashable.com/2015/07/10/filipino-boy-studying-street-scholarship/

Some Clever House Hints You Won’t Learn In School:

Thanks this week go to Larry H, Jill V, Will M, Anurag T, Maurice C and the life-long learner in YOU…

“By three methods we may learn wisdom: First, by reflection, which is noblest;
Second, by imitation, which is easiest; and third by experience, which is the bitterest.“— Confucius