This Week, we wax whimsically with:

What if we could reframe life and see the beauty and perfection in our own imperfection (and relationships)? Check out this sampling of Wabi Sabi love, predicated on the Japanese aesthetic courtesy that I heard about through my friend and collegue Dr. Ken Druck

History of Rock and Roll

Enjoy this thoughtful sampler of the art form by long time music critic Steve Morse, starting with its seminal beginnings and roots to predictions about the future and the next branches of rock and roll. While you can’t get the whole enchilada from the Berklee College of Music unless you sign up for the online course, this appetizer is great for any of you Rock and Roll lovers, and now you can understand Rock’s place in a historical context. Crank it up!

“The amateur borrows, and the professional steals…”

Witticisms- SOME WORDS OF WISDOM:

While I don’t agree with all of them I certainly admire their way with words! 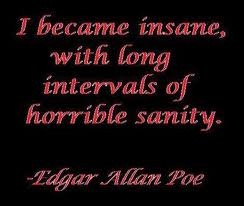 1. In my many years I have come to a conclusion that one useless man is a shame, two is a law firm, and three or more is a congress.– John Adams

4. I contend that for a nation to try to tax itself into prosperity is like a man standing in a bucket and trying to lift himself up by the handle. —Winston Churchill

5. A government which robs Peter to pay Paul can always depend on the support of Paul. – George Bernard Shaw

6. A liberal is someone who feels a great debt to his fellow man, which debt he proposes to pay off with your money. — G. Gordon Liddy

7. Democracy must be something more than two wolves and a sheep voting on what to have for dinner. —James Bovard, Civil Libertarian (1994)

8. Foreign aid might be defined as a transfer of money from poor people in rich countries to rich people in poor countries.  — Douglas Case, Classmate of Bill Clinton at Georgetown University.

9. Giving money and power to government is like giving whiskey and car keys to teenage boys. — P.J. O’Rourke, Civil Libertarian

10. Government is the great fiction, through which everybody endeavors to live at the expense of everybody else. – Frederic Bastiat, French economist(1801-1850)

11. Government’s view of the economy could be summed up in a few short phrases: If it moves, tax it. If it keeps moving, regulate it. And if it stops moving,  subsidize it. —Ronald Reagan (1986)

12. I don’t make jokes. I just watch the government and report the facts. — Will Rogers

13. If you think health care is expensive now, wait until you see what it costs when it’s free! — P. J. O’Rourke

14. In general, the art of government consists of taking as much money as possible from one party of the citizens to give to the other. —Voltaire (1764)

17. Talk is cheap, except when Congress does it. – Anonymous

18. The government is like a baby’s alimentary canal, with a happy appetite at one end and no responsibility at the other. — Ronald Reagan

20. The only difference between a tax man and a taxidermist is that the taxidermist leaves the skin. — Mark Twain

21. The ultimate result of shielding men from the effects of folly is to fill the world with fools. — Herbert Spencer, English Philosopher (1820-1903)

22. There is no distinctly Native American criminal class, save Congress. — Mark Twain

25. We hang the petty thieves and appoint the great ones to public office. – Aesop

1. You cannot legislate the poor into prosperity, by legislating the wealthy out of prosperity.

2. What one person receives without working for, another person must work for without receiving.

3. The government cannot give to anybody anything that the government does not first take from somebody else.

4. You cannot multiply wealth by dividing it.

Women in the Military

Bet you didn’t know this story…

Martha Raye endured less comfort and more danger than any other Vietnam entertainer.

The most unforgivable oversight of TV is that her shows were not taped.

Most are unaware of her credentials or where she is buried.

Somehow I can’t see this generation of entertainers doing what this woman (and the other USO women, including Ann Margaret & Joey Heatherton) did for our troops in past wars.

Most of the old time entertainers were made of a lot sterner stuff than today’s crop, with some notable exceptions.

The following is from an Army Aviator who takes a trip down memory lane:

“It was just before Thanksgiving ’67 and we were ferrying dead and wounded from a large GRF west of Pleiku. We had run out of body bags by noon, so the Hook (CH-47 CHINOOK) was pretty rough in the back.

All of a sudden, we heard a ‘take-charge’ woman’s voice in the rear.

There was the singer and actress, Martha Raye, with a SF (Special Forces) beret and jungle fatigues, with subdued markings, helping the wounded into the Chinook, and carrying the dead aboard.

‘Maggie’ had been visiting her SF ‘heroes’ out ‘west’.

We took off, short of fuel, and headed to the USAF hospital pad at Pleiku.

As we all started unloading our sad pax’s, a ‘Smart Mouth’ USAF Captain said to Martha…. “Ms Raye, with all these dead and wounded to process, there would not be time for your show!”

To all of our surprise, she pulled on her right collar and said ……”Captain, see this eagle? I am a full ‘Bird’ in the US Army Reserve, and on this is a ‘Caduceus’ which means I am a Nurse, with a surgical specialty….now, take me to your wounded!”

Several times at the Army Field Hospital in Pleiku, she would ‘cover’ a surgical shift, giving a nurse a well-deserved break.

Martha is the only woman buried in the SF (Special Forces) cemetery at Ft Bragg.

Please give it a few moments to load…