This week: Don’t Believe Everything You Think! 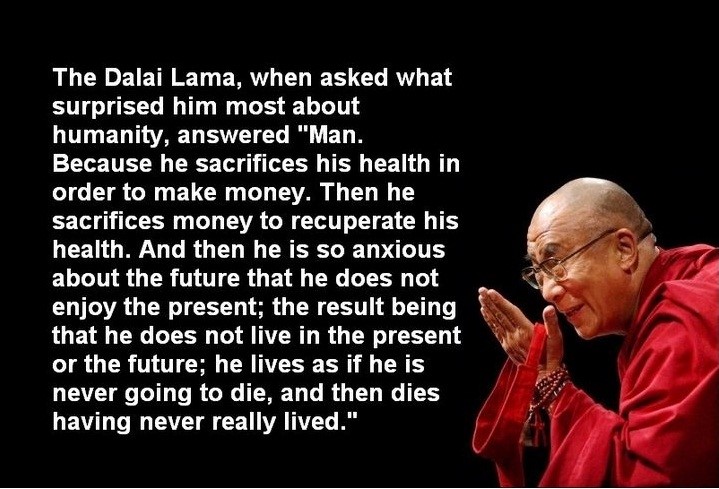 Was Martin Luther King, Jr., a Republican or a Democrat?

Political parties are always looking for endorsements from community leaders and other influencers. Having support from prominent figures can make or break a candidate or party. It’s no surprise that sometimes political groups will also try to claim affiliation with historical figures of note.

‘A Nation Unsettled and on the Brink’ by Dr. Ken D:
Relationships are built on trust.
Families and nations falter or thrive depending on the willingness and ability of members and citizens to learn how to live with their differences, find common ground and trust one another.
https://thehill.com/opinion/campaign/478930-a-nation-unsettled-and-on-the-brink

Forget What You Believe!
Inspiration for Conscious Leadership with Eric K:

When I started reading Krishnamurti’s teachings, it wasn’t just my mind that caught fire, my heart lit up, too. Krishnamurti in the early 1900’s, you see, was groomed from childhood by the Theosophical Society to be the world’s next great Spiritual Prophet.

But by his mid-20’s he awoke to Truth and rejected this role. Instead, he called for a revolution in the psyche of every human. He taught that the revolution of consciousness wasn’t affiliated with any outside entity – with any religious, political, or social sect. He taught that meditation, inquiry, and relationships lead to an experience of Truth. For me, he’s the granddaddy of Conscious Leadership – he was a passionate advocate for the need for a radical change in society.

Krishnamurti has powerful advice for upgrading our consciousness. “Any conclusion or hypothesis – Individualism or Collectivism, Capitalism or Socialism or Communism, Reincarnation, etc. – is a belief. By accepting a belief, you exclude all other forms of thinking. Belief in God does not mean understanding God. A mind tethered to a belief, hypothesis or conclusion – whether based on its own experience or the experience of others – cannot go far; it is not free but conditioned. Therefore, belief is a hindrance to understanding.”

Krishnamurti’s suggestion – question your beliefs – is a terrifying idea. What am I if not my beliefs?
Or as Stan, an experienced COO, put it, “My beliefs are right, they’re not random. If I doubt myself then the world is just mad and chaotic!”

But the conscious leader journey passes through the gates of doubt, travels the path of uncertainty, and enters the arena of Truth. You might begin your conscious leadership practices with recycling, fair trade, and diversity and inclusion, but you have to continue into the practice of Truth.

And I ain’t talking about some highly personal version of truth. In fact, I’m really concerned about a prevalent sickness that’s on display when a leader insists that their truth is “the Only Way.”  It’s a sickness called PSYCHOSCLEROSIS. It’s a hardening of the mind. It’s a stiff, brittle, and rigid mind hardened by too much certainty and too little curiosity.

This condition excludes new and conflicting ideas. And when we exclude ideas, we also exclude people. Leaders and executives with this sickness inevitably generate groupthink, restriction, discomfort, and, ultimately, decline.

Don’t get me wrong, you’ve got to have core values. And guiding principles, of course, are critical. And, you and I blossom with clear purpose and ideals.

No, you don’t need to walk around all day denying every belief every moment.
This could make the simple task of buying a cup of coffee quite maddening.
But refusing to budge from your position isn’t powerful, it’s childish, based in fear, and unconscious.

Einstein, Martin Luther, Martin Luther King, Bill Gates, Marie Curie, Pablo Picasso, Steve Jobs, Buddha, Jesus, Moses, Andy Warhol, Amerigo Vespucci.
These are beacons of genius that shine because of breakout discovery and achievement.
Breakout.
They dissented from the normal, familiar patterns of others around them.
They questioned their tradition, culture, and beliefs.
Their enlightenment came at the cost of their compliance and conformity.

I say, REBELLION IS THE SEED OF ENLIGHTENMENT.
Enlightenment is understanding the non-personal truth.
Rebellion is rejecting the norm.
If the Truth were obvious, we’d all agree.
But we don’t.
Truth isn’t obvious.
If the truth isn’t obvious then we have to seek it away from the norm.

In Zen we call this Beginner Mind. This state is one of curiosity and inquiry. This is a practice of gently and consistently noting our cherished beliefs, opinions, and notions, and setting them aside.

Beyond the comfort zone is expansive contact with Life.

There’s a trick to being a breakout and conscious leader and person – express your beliefs passionately, but hold them quite lightly.

The path Krishnamurti illuminates for us is the path to a radical and positive change for mankind.
Take his guidance, question your beliefs and reach further with love.
This is the ticket to sustainable power, creative expression, and a thriving society.

In the spirit of leading and learning.
Eric

This Bud’s For 3 and Dwyane Wade:
While a commercial (and this is only made evident at the end), this spot speaks to not just the professional role we play in life, but the personal role and impact we can have that transcends that professional capacity, however we choose to define ourselves…
https://biggeekdad.com/2020/01/bigger-than-basketball/ 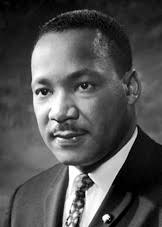 “An individual has not started living
until he can rise above the narrow confines of his individualistic concerns
to the broader concerns of all humanity.”
-Dr. Martin Luther King, Jr.