Soul Food Friday Fans: I am excited to share that I am now also on Twitter, focusing on topics such as 21st Century Leadership, Education, Civic Engagement and Social Capital Optimization. Please tweet me @NevilleB108 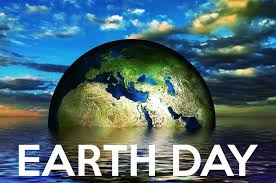 A Story about Everybody, Somebody, Anybody and Nobody on Earth

Restoring Civility in America and Beyond:

Are You a Prisoner of Your Preferences?

Can We Get Beyond the Left/Right Politically Polarizing Game?

29 Clever Drawings Will Make You Question Everything Wrong With The World:

A Story about Everybody, Somebody, Anybody and Nobody

This is a story about four people whose names are Everybody, Somebody, Anybody and Nobody.

There was an important job to be done and Everybody was asked to do it.

Everybody was sure that Somebody would do it.

Anybody could have done it, but Nobody did it.

Somebody got angry about that, because it was Everybody’s job.

Everybody thought Anybody could do it, but Nobody realized that Everybody wouldn’t do it.

Are You a Prisoner of Your Preferences?

Can We Get Beyond the Left/Right Politically Polarizing Game?

Consider the third option or the “Purple Tent” – politics worthy of our kids, that might well be the salvation for a broken system that has deliberately and insidiously focused our attention- the currency of influence on:

Confirming what we believe instead of Learning what could be

Winning instead of building Relationships

Position-taking instead of genuine Problem-solving

Me instead of We

Instead of playing into a daily media bombardment of incivility and (hu)man’s inhumanity to man on the daily news feeds that perpetuates sensationalizing the very worst of the human experience under the auspices of an election, this week I was blessed to be introduced to a powerful antidote by my friend Dr. Ken Druck in an authentic conversation with Mark Gerzon, author of The Re-United States of America: How We Can Bridge the Partisan Divide at USD http://www.markgerzon.com/ at the Restoring Respect’s 5th Annual Conference April 18, 2016 https://www.sandiego.edu/events/detail.php?_focus=52725

Mark used his most recent book as a framework to reset the table about the possibilities and promise of a “third narrative” beyond the platitudes of partisan politics:

“Although we come from opposite ends of the political spectrum, we believe our country needs to come together. “The Reunited States of America: How We Can Cross the Partisan Divide” will help us do that. It reconnects us to our country’s motto – ‘out of many, one’ –  and helps us meet the challenge of reuniting the country that we both love.”
– Grover Norquist, president, Americans for Tax Reform & Joan Blades, co-founder MoveOn.org and Living Room Conversations

Mark is a thoughtful systems thinker, seasoned mediator on political bridge-building and was originally trained as a family therapist.

Mark shared that the first system we know and grow into is our nuclear family, and true to form, today’s leading political candidates, ALL are shaped and playing out scripts that were formed and informed in their family of origin; where their blueprint for success and ideologies were decidedly shaped and molded to play out the script we all see enacted in the media debacle of today.

Looking at this current election cycle through the lens of our kids (who ARE watching us keenly), we can’t help but feel disillusioned that this certainly can’t be the best we can do as a democratic nation. Reality TV has taken on a decidedly unreal tone…

Oddly, while we are lamenting this nonsensical farce and media circus, Gen Next are making conscious choices about a “third narrative”, beyond liberal or conservative or Democrat or Republican where “Americans are working together across the aisle to find common ground to solve our most pressing problems.”

Can we learn from them?

Millennials self-report 60% independent and aren’t buying either side of this political rhetoric BS media machine.

Both liberal and conservative camps are fueled in the $ billions, but voices in the center (like the ones listed at the end of this blogpost) are struggling for funding and by extension exposure

Millennials hang out with their friends on opposite sides of an issue and seem to get along just fine, and don’t get why we are so vitriolic, mean-spirited and self-centered, clinging to our monolithic views like mental life rafts.

Student debt in the $ Trillions is waking them up to the fact that the current model is simply not working for them!

Consider the third option or the “Purple Tent” – politics worthy of our kids, that might well be the salvation for a broken system that has deliberately and insidiously focused our attention- the currency of influence on:

Confirming what we believe instead of Learning what could be

Winning instead of building Relationships

Position-taking instead of genuine Problem-solving

Me instead of We

While some may argue that every civilization goes through rises, declines and ultimately extinction, and this is just the beginning of the decline of America’s greatness as a nation, when it comes to civility this is not just about America- ethnocentrically- or even about all of us just speaking respectfully to one another, it is arguably the keystone determinant in our survival as a species.

One could make a good argument that the confluence of exceeding our adaptive and cognitive threshold, our reliance on confirmation bias (the bias bubble) and our selective application of attribution theory leave us no choice but to capitulate to current realities and behave into these polarizing roles.

Yet others have a more positive aspiration…

Here are some thoughts gleaned from our gathering with a small but mighty group of civic leaders:

Can we collectively burst the ‘bias bubble’, snap out of the social hypnosis and become aware of our own distortions?

Which one of these are you and me?

Redefine Self with an Open Heart

We must move from antiquated feudal and industrial age EGO-systems to 21st century connected era ECO-systems that focuses on learning, relationship and problem-solving together

If we are in fear and self-protection mode, we are unable to learn

If you want to Lead through Conflict you need:

Want to go deeper?
Here are some resources and links for you, your family and extended community to see the world through a more balanced lens that doesn’t create political bipolar behavior fraught with incivility:

http://www.allsides.com/  Polarization is destroying us. AllSides intends to fix this…

http://www.bridgealliance.us/ We are the Bridge Alliance – a rising American tide of conservatives and liberals, centrists and moderates, business owners and workers, students and retired persons, diverse in age, color, faith and orientation.  We have come together in civility, respect, and goodwill to solve problems together. Together, we can become a powerful and positive voice in the American political landscape advocating “Country Before Party.”

http://www.rustonlaw.com/resources/2014/7/10/to-resolve-a-conflict-first-decide-is-it-hot-or-cold To Resolve a Conflict, First Decide: Is it Hot or Cold?

http://www.thebigsort.com/home.php WHY THE CLUSTERING OF LIKE-MINDED AMERICA IS TEARING US APART

Alternatively, Google: trans-partisan, bipartisan and civility and see where your personal exploration takes you…

When President Obama was elected did we usher in a new era of racial harmony. No… but many of us are having a more nuanced conversation about this subject

(scroll down to the fifth story)

An ancient Zoroastrian festival of the spring equinox, Nowruz has been celebrated continuously for at least 3,000 years, more than a thousand years before the region’s Muslim conquest. It predates most of the holidays Americans celebrate today yet shares many of the same traditions.

29 Clever Drawings Will Make You Question Everything Wrong With The World:

From the Mind Unleashed

Even if you don’t agree with the messages behind some of these illustrations, it’s impossible not to appreciate the creativity involved in them.

Can we collectively burst the ‘bias bubble’, snap out of the social hypnosis and become aware of our own distortions?

Which one of these are you and me?